How Can You Flood-Proof a Town or City?

How Can You Flood-Proof a Town or City?

In 2018, the UN warned of widespread extinctions, drought and flooding unless more is done to slow down and tackle global warming.

Flooding is currently the biggest risk to the UK, with the Committee on Climate Change (CCC) warning that more than half a million properties in England alone are in areas at risk from coastal flooding. They predict that figure could rise to 1.5 million by the 2080s.

The government has announced it's investing more than a billion pounds on coastal erosion and sea flooding projects over the next six years. 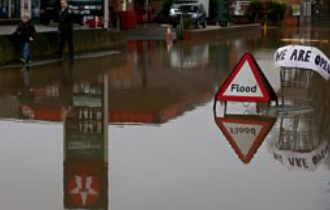 Not many countries know what it's like to live with the constant threat of water better than the Netherlands. Two-thirds of the country is at risk of flooding and when measured by population percentage, it’s the world’s most endangered nation. Half of the population live on land which could be underwater by the end of the century.

However, despite this, experts say it's a world leader in 'living with water'. It boasts a robust flood defence network, the effectiveness of which is continually assessed.

For the Cool Planet series, 5 Live has been looking at what flood-proofing tips we could learn from the Netherlands.

One approach to flood-proofing is to create ‘climate adaptive’ structures that will survive and even thrive on rising tides. The port city of Rotterdam is home to the world’s first floating dairy farm. It is built on floating pontoons anchored to the ocean floor. It’s hoped the farm’s 40 cows, who'll be arriving in the coming weeks, will be able to produce 800 litres of milk per day.

The CEO Peter van Wingerden says the project will be “completely circular” with the aim being to help the city produce more of its food sustainably. It will gather bio-waste from the city, collect rain water to use as processing water and use grass from land, golf courses and football grounds.

The project is only a prototype but Peter believes it can be replicated in other countries: “Water is very scalable. It’s the same everywhere so we can copy this model everywhere in the world.”

It’s not only across the sea in the Netherlands where climate-adaptive buildings are being tested. Baca Architects are behind the UK’s first amphibious home in Buckinghamshire.

Co-founder Richard Coutts says the structure “is made to look like a normal house and sits away from the water”.

In the event of a flood, water can inundate the garden and its floating foundation will give buoyancy to the building.

It’s secured by a series of ‘dolphins’ – tethering poles which allow the building to rise and fall with the flood water, and prevent the structure from twisting. They are hoping to produce 20,000 amphibious homes over the next three to five years. 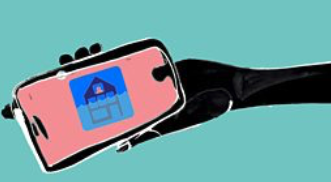 The modern technological age can also bring about ways to help minimise the impacts of flooding. Bas Kolen is a software developer based in Lelystad and is behind an app backed by the Dutch government which tells people how at risk their property is of flooding.

He says the Netherlands is “very successful in reducing flood risk but it can also go wrong.

That’s why we inform people about what they can do when things do go wrong”.

Residents can enter their postcode and determine the maximum height that water would reach in the event of flooding from a breakthrough in primary and regional flood defences.

They can also receive notifications when a certain flood level has been reached. Additionally, residents are offered information as to whether they should evacuate or not in the event of extreme flooding.

One of the Netherland’s other goals is to make everyone confident and comfortable around water, through swimming lessons. Their ideal scenario is that everyone in the Netherlands has the standard C grade swimming ability.

Mariska Hol is a swimming teacher based in Eindhoven and says the aim is that people become “a friend of the water and not an enemy”. Her swimming lessons also teach children how to swim with clothes on, so they won’t panic and drown in the event of severe flooding.