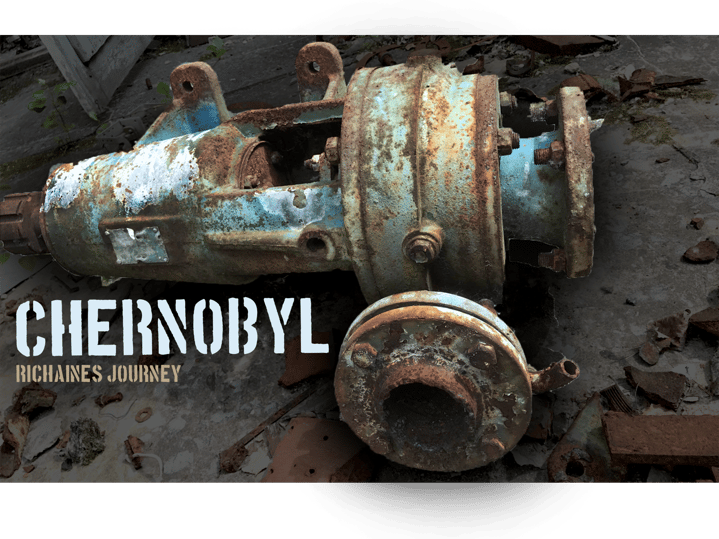 During a week off from work I booked a last-minute trip to Chernobyl, the history of the city was something I wanted to witness first-hand for a few years. My hotel was based in the capital of Ukraine, Kiev, and I booked a single day tour into Chernobyl which begun in the early hours and continued through into the night (curfew 8pm).

In order to enter, we went through three checkpoints. This process was something I didn’t anticipate; the first check took up to an hour! We were made to sign an agreement to abide by tour rules and guidelines. The rules we had to follow prevented us from doing everyday tasks, I would normally do back in England. We were not allowed to consume food in the open air, touch surfaces with our bare hands, and had to avoid additional exposure covering (arms, legs & ankles). We were also not allowed to remove anything that originates from the zone etc.

Entering the zone, we began our journey at the city centre. It resembled a ghost town with one single café, the only one situated within Chernobyl. The food we ate at the café was imported from Kiev but eating it in that location was an unexplainable atmosphere. Doubling as a hotel, the sight of the long corridor that housed the hotel rooms was eerie. It had limited light and walking through was uneasy. A door to a room was open and as I looked in, I felt like I was stuck in time.Nothing had changed since the explosion. The furniture remained dated and the lack of light was not a welcoming atmosphere.

As the tour continued to a small memorial sector, the sheer amount of damage caused by the radiation became evident. The named plaques of all surrounding towns affected by the Nuclear Disaster was upsetting, within each town, the number of lives either lost or affected is unimaginable. 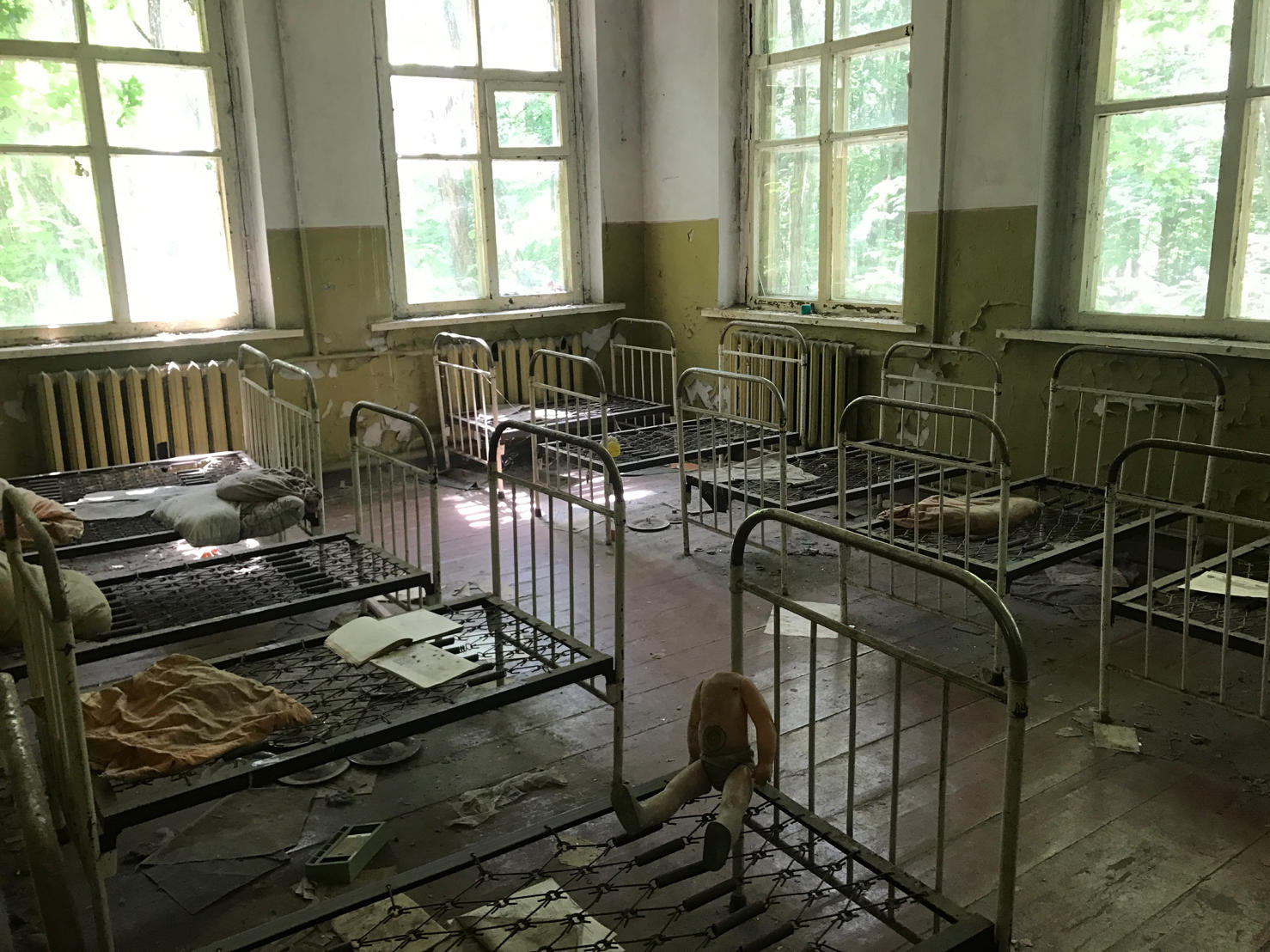 Leaving the city centre we made our way to an orphanage. The dissipated building had fallen through floors, with ceilings struggling to support the weight of the level above. Dust and mould covered the orphanage from top to bottom. Children’s bedding and toys were still in the rooms, items that once were a child’s loved belongings, abandoned. The effects of the radiation within the surrounding soil was immense, it was one of the highest readings of the trip.

The next sector of the trip was Reactor 4, although it was covered with a sarcophagus to originally keep the radiation locked in, seeing the reactor that close was something I never thought I would do. Abiding by the strict restrictions set by the tour guide of where we were allowed to go, we witnessed the workers arriving at the reactor via buses to start their shift at the Nuclear Power Plant. The information provided by the tour guide was educational, as he spoke about how the sarcophagus was built and how the reactor malfunctioned. 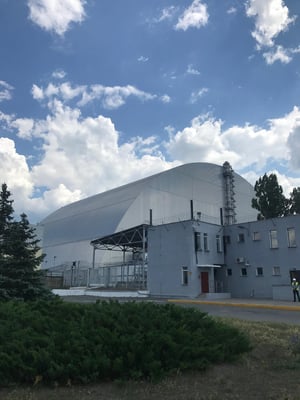 After the Nuclear Power Plant, the tour took us to Pripyat (the exclusion zones). We visited what looked to be a popular destination within Pripyat before the accident. I envisioned the street's businesses to be striving and happy families walking the streets, a far cry to what the street is now. Abandoned supermarkets still filled with trolleys and fridges and restaurants had tables and chairs ready for customers, it looked as though the cities inhabitants left within minutes.

This is where I made an interesting discovery, I came across what looked like a pump. Intrigued to see the pump in more detail and to try an identify it I took photos and sent them back to my manager in the office at Obart Pumps. Upon closer inspection there was a total of two pumps with components from inside scattered across the floor, however, the state of the plate meant identification of what pump it may have been was not possible. 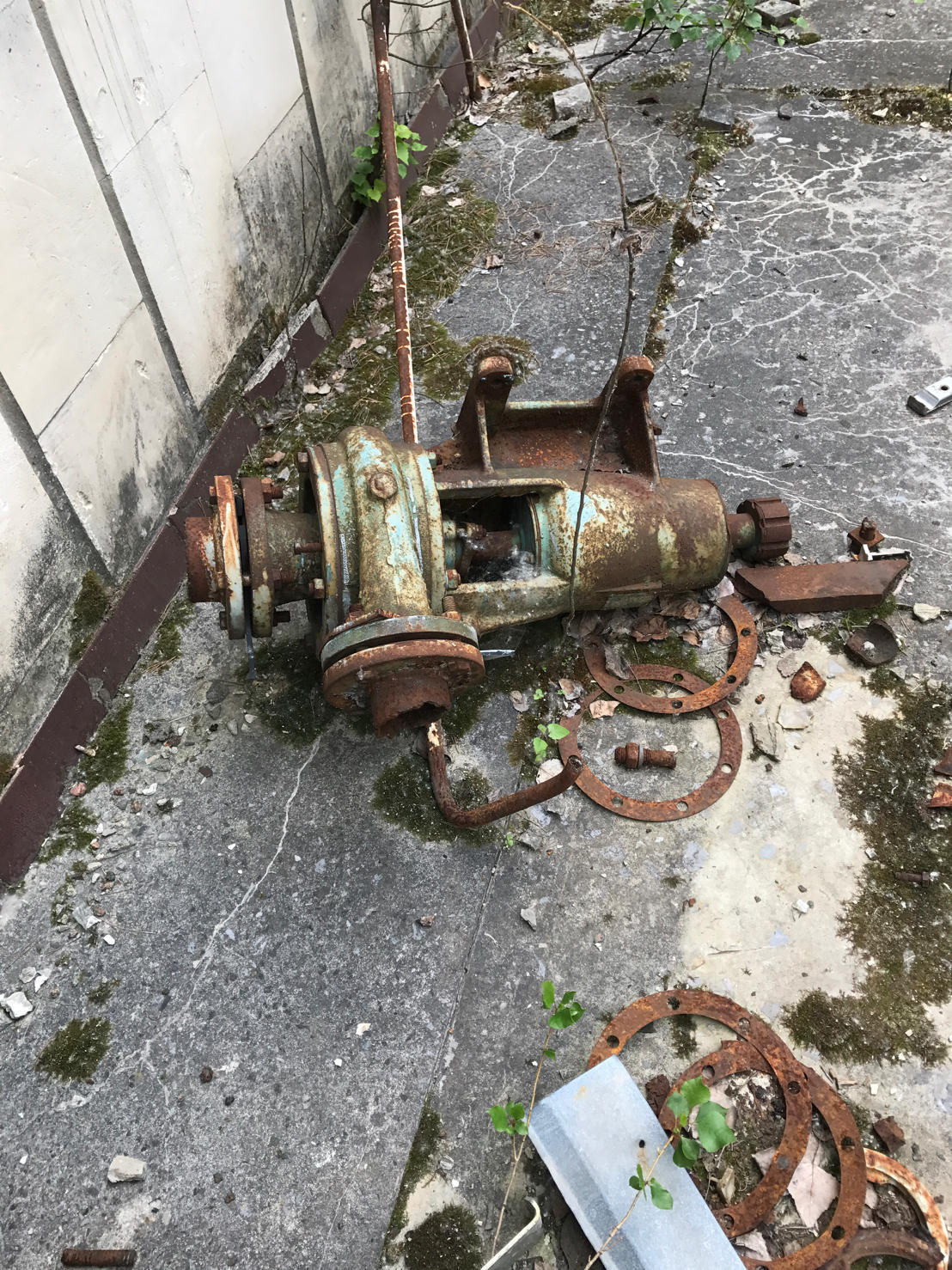 A landmark place within the town was the fairground, abandoned and overruled with plant overgrowth and wildlife it was an extraordinary sight. Thanks to our tour guide he allowed us to enter a nearby block of flats to experience a rooftop view of the city to conclude our tour of Pripyat. The view of Chernobyl and the devastation caused but Reactor 4 was unexplainable, I was speechless. You are left thinking about the people in the towns and the devastating effects families are left with to this day. 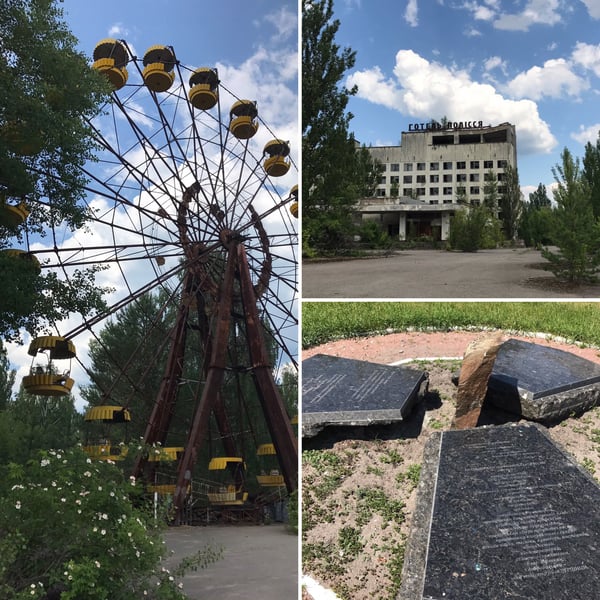 On April 26th, 1986 a routine experiment conducted at Chernobyl power station on Reactor Four led to the systems to shut down. Combining this with human error and lack of system design meant the reactor soon caused a radiation breach causing devastating effects.

The test was conducted to establish how long the support systems will last after the mains power had been removed; the lack of training and poor design led to the fatal outcome.  The disabling of the automatic shutdown mechanisms meant when the fuel rods were inserted into the core causing an unexpected power surge. The steam explosion released fission products into the atmosphere, seconds later radioactive hot graphite fragments were thrown into the surrounding area from the second explosion.

The lasting effects were almost immediate. The meltdown released more radiation than the atomic bomb that destroyed Hiroshima in 1945.  Two facility staff were killed instantly, and 134 additional people were hospitalised for radiation sickness immediately after (both employees and emergency response personnel).

The scale of the disaster became clear to authorities when radio bulldozers sent to clear rubble (radioactive debris), were soon not fit for purpose due to the radiation making them immobile. The deploy of the army in order to move the rubble by hand was put in place, they were only able to endure 40 seconds of exposure to shovel the radioactive waste back into the core.

Over 45,000 residents were evacuated from the plant operator’s town of Pripyat. With surrounding towns within 30-kilometre radius were then located at a later date.

In order to cover the core, 5,000 metric tons of sand, lead, clay and neutron absorbing boric acid were dropped onto the core via a helicopter.  Following this, a concrete and iron sarcophagus would be installed over the core in order to contain the majority of the radiation.

The widespread effect of the Chernobyl disaster left thousands being exposed to high levels of radiation. Long term this could lead to radiation-related cancers, but for many who were exposed to low levels of the radiation, could also succumb to the same fate.

Belarus and Ukraine were heavily affected alongside parts of Russia. However, Scandinavia and other parts of Europe as far of Scotland have reported levels of radioactivity.

Many are still living with the effects from the explosion today however the ongoing effects of the catastrophic event are yet to be fully understood. Work continues to be carried out within the zone with strict restrictions; it won’t remain this way forever though. According to Ukraine officials, the area should be perfectly habitable again in around 20,000 years.