In 1954 artist, Jack Kine, and engineer, Bernard Wilkie, started a small department to create special effects for the then still fledgling BBC Television service. It grew over the years to become what was almost certainly the world's largest special effects department; one that was built into a broadcasting organisation.

This lasted for almost half a century. The department eventually closed its doors 49 years later in 2003. 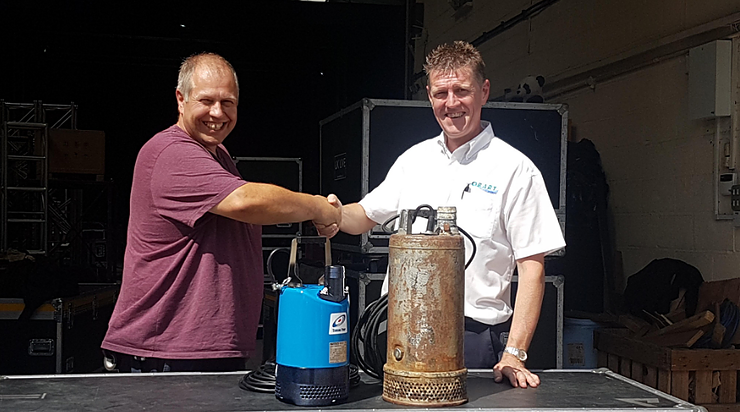 Throughout the years, pumps have been a key feature in dewatering special effects. Former BBC SFX freelancer Andy Horn said “We were involved in all kinds of shows from Saturday morning kids tv, period drama, modern drama and primetime live studio series”

One pump, in particular, has survived the last 30 years. Starting its life being sold by Obart Pumps to the BBC Visual Effects department, it was only through luck that we discovered the pump is still alive and well today, having recently received an enquiry from Andy asking about a replacement electrical cable for a Tsurumi SB-750 submersible pump.

The SB-750 was first sold by Obart Pumps in 1980 as a portable pump for use on hire fleets for building site drainage. The compact, powerful design and abrasion resistant construction was ideal for this application, but the film and TV industry could also see a use for it in special effects.things you can do. With large numbers being bought by the film and TV industry. This version was superseded by the LB-750 in 1983 with the latest version LB-800 introduced in 2006.

When asked how Andy came about the pump and he said he used to work in the BBC’s special effects department and bought the pump through an auction when the department came to an end. He stored the pump without the cable in his garden shed for 15 years. As the owner of a 10 metre well and a large garden in need of irrigation, he wondered if that old pump would work. He tested the pump, it started instantly pumping at full bore! This is testimony to the build quality of the Tsurumi range that it worked perfectly after 23 years on TV plus another 15 years with the motor open to the cold and damp.

Due to its significance, Obart have brought the pump back home and it will remain in their hall of fame. We swapped it for the latest version, model LB800. This is the Mark 5 of the SB750 and Andy remarked that although it is half the weight of his SB750 at 13kgs, it pumps at the same pressure and rate - ideal for daily irrigation of his garden during the recent drought.

We’d like to thank Andy for allowing us to take back a small piece of history and sharing this remarkable story!

If you have any similar stories, we’d love to hear from you!

WHAT OTHER CUSTOMERS ARE BUYING 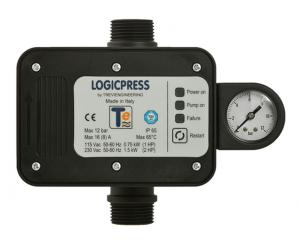 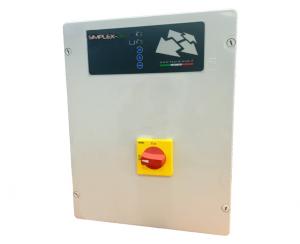 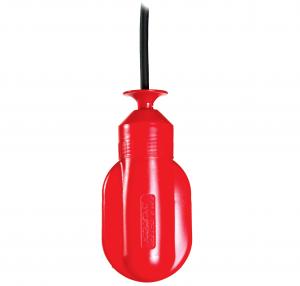 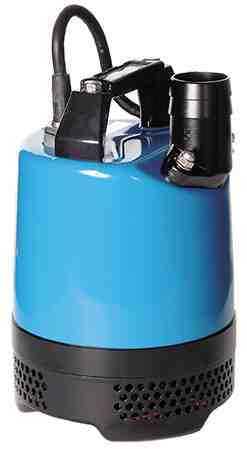