Wet Wipes to Get 'Fine to Flush' Logo to Tackle Fatbergs

Wet Wipes to Get 'Fine to Flush' Logo to Tackle Fatbergs 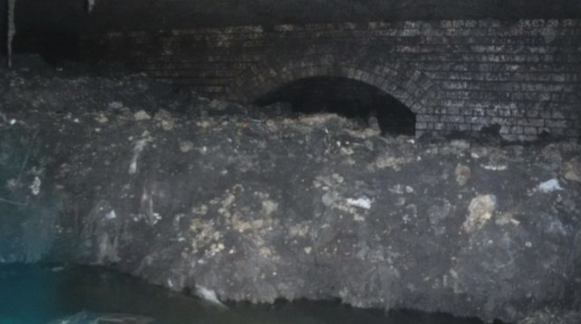 A new standard for flushable wet wipes has been announced, amid concerns about sewer-blocking fatbergs, solid masses of fat, wet wipes and grease, which can be hundreds of feet long.

It said wet wipes labelled flushable do not break down and are behind 93% of blockages in UK sewers.

That's according to Water UK.

"This is an important step in the battle against blockages. We've all seen the impact of fatbergs recently, and we want to see fewer of them," said Michael Roberts, chief executive, of Water UK.

A 210ft (64m) fatberg found near Sidmouth this week is the biggest South West Water (SWW) has found and expected to take about eight weeks to remove.

Others have been found, including an 820ft (250m) fatberg weighing 130 tonnes which blocked a Victorian-era sewer in east London in 2017 and took nine weeks to remove.

§ How do you remove a fatberg - and other questions

The Fine to Flush tests, set out in a 30 page document, scrutinise whether the wipes are able to clear the u-bend, avoid snagging and avoid chemical residues.

The tests are being carried out by Swindon-based WRc.

Andy Drinkwater, who is in charge of the tests, said one product, from Natracare, will meet the standard.

However, Natracare wipes will not initially display the logo as the packaging was ready before the Fine to Flush image was finalised. 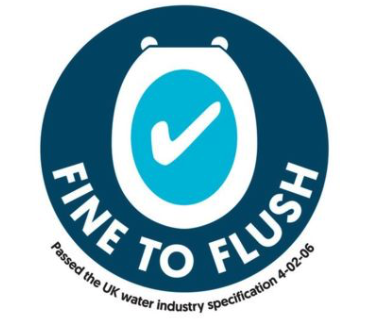 There are seven or so other products being tested by WRc at the moment, Mr Drinkwater said.

Laura Foster, head of clean seas at the Marine Conservation Society, said: "We know that there is huge confusion for consumers on which products can be flushed, resulting in millions being spent on blockages every year."